The Verra Board of Directors is comprised of leaders from a variety of sectors who bring their expertise and knowledge to the ongoing development of Verra. Working through a variety of sub-committees, Verra Board members oversee the finances of the organization, work closely with Verra staff to guide the direction of Verra, and are involved in specific strategic efforts. Verra Board members do not advocate on behalf of any one project or program before any of Verra’s programs. 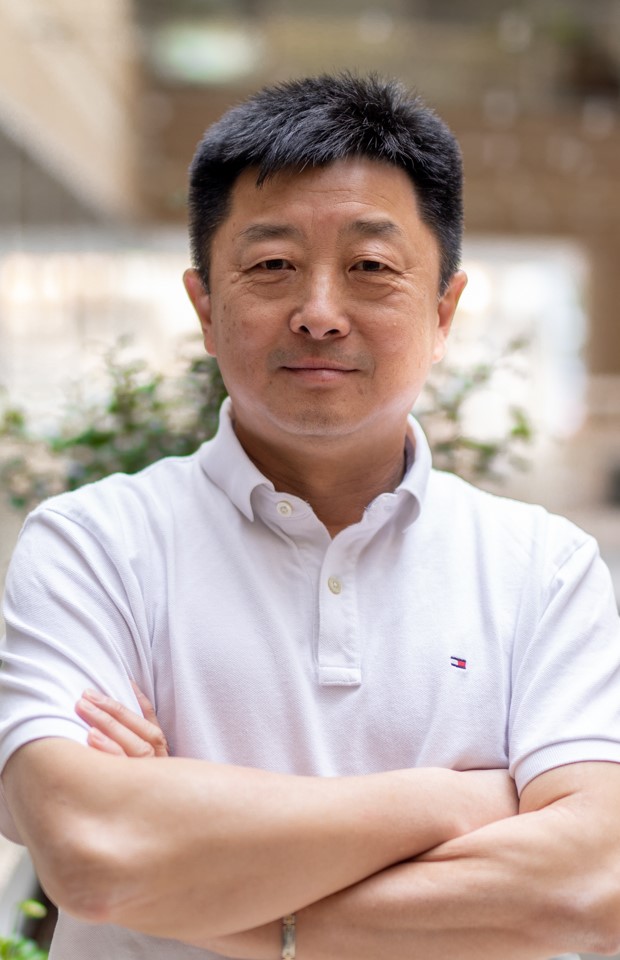 Dr. Tao Yun brings rich experience in the fields of environmental protection, IT, investment, and big data. He worked as a senior manager in multinationals, Chinese state-owned, and public companies. He has also founded multiple start-ups, including co-founding the environmental asset division of Beijing ZBX Group which has built and is maintaining IT infrastructures in 3 of China’s 7 pilot carbon markets. In addition to climate change issues, he is also interested in water usage allowances, garbage permits, and plastic reduction. Tao received his PhD in Ecology from the University of Illinois at Urbana-Champaign.

“I am excited to serve as chair on Verra’s Board of Directors as the carbon markets undergo a number of important transitions and as the organization expands into new areas of tremendous opportunity, such as the markets for plastic credits and ESG reporting. As an established standard-setter, Verra brings a lot of experience to these areas, and I look forward to working with Management to help guide this work.” 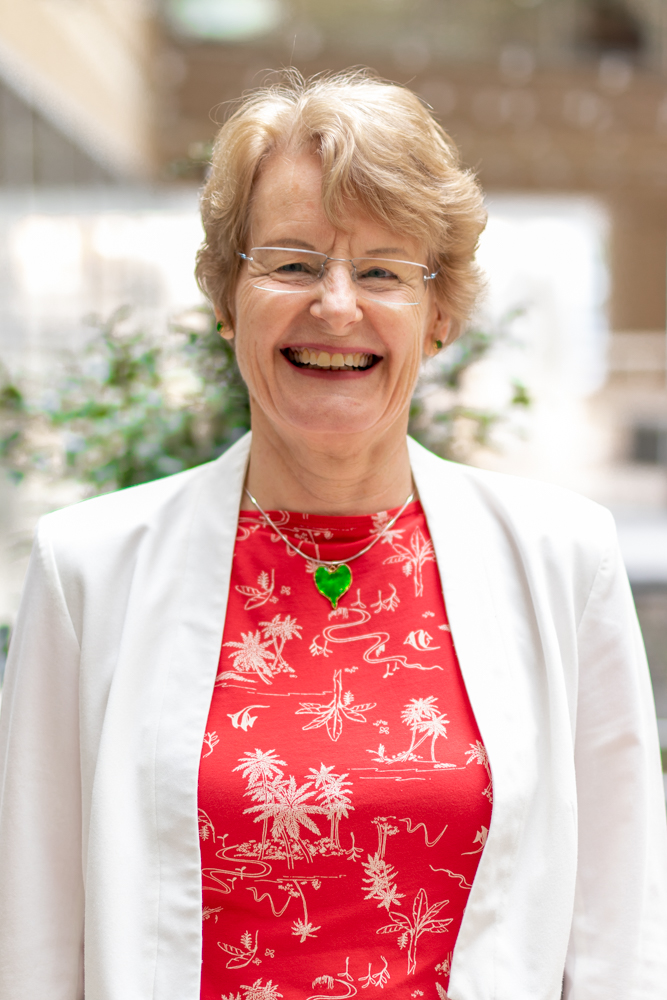 Dr. Anne-Marie Warris brings to the Board significant experience in chairing, facilitating and participating in various fora encompassing national, regional and international organizations including dealing with cross-cultural boundaries. This experience is complimented by her strategic thinking, enthusiasm, energy, and preparedness to go the extra mile.

Her technical expertise is in sustainable matters and climate change, with a specific focus on monitoring, reporting, and verification (MRV), both in relation to policy developments and delivery of services.

She has received several awards as a recognition of her skills and expertise. She was invited to give the Royal Academy of Engineering lecture on ‘A low carbon world – is it realistic?’ in April 2010 and is an elected Fellow of IETA and an Honorary Fellow of ETG (UK) Ltd. The ISO sub-committee responsible for environmental management systems received the prestigious ISO L D Eicher Leadership Award in September 2016 which reflects Anne-Marie’s leadership of the subcommittee over 9 years.

Anne-Marie helped lead the development of the first edition of the VCS Standards.

“Quality, integrity and transparency are my personal focus for Verra to help drive change in behaviour and protect our planet. This focus is essential for Verra as it navigates the changes in the voluntary carbon market, provides additional benefits for the VCM linked to UN SDG such as SDVista or provides and explores other market mechanisms such as plastic credits. I am privileged to have been elected to serve as vice chair on Verra’s Board of Directors and I look forward to working with the Board and Management.” 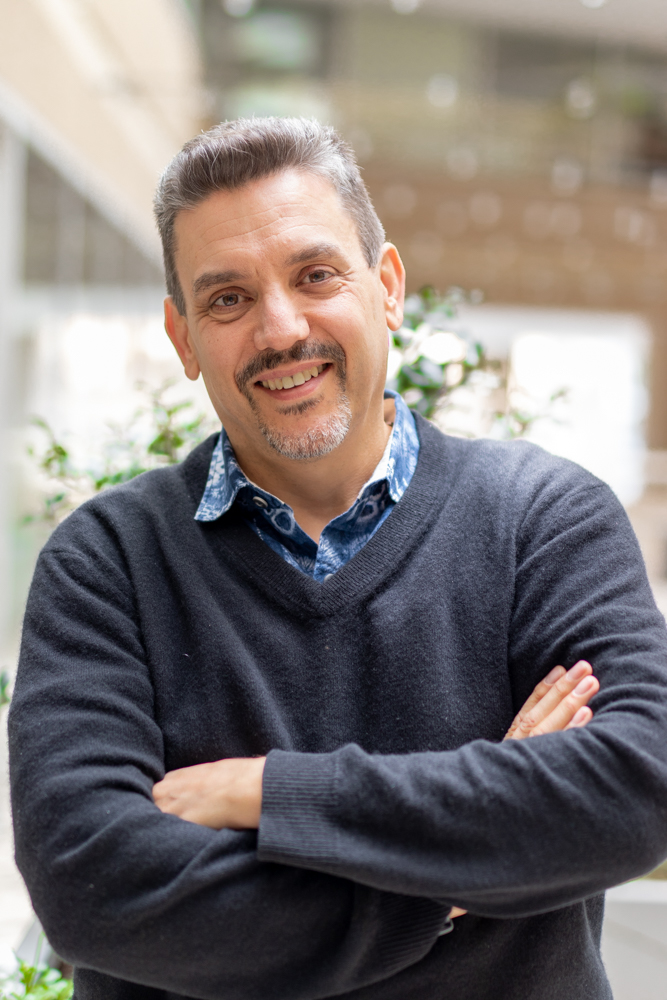 Jim Cannon is CEO and founder of the Sustainable Fisheries Partnership. He has worked on fisheries, forestry, and conservation issues in Asia, Europe, and the Americas. Jim edited the UN Food and Agriculture Organization’s World Review of Marine Fisheries in the late 1990s, advised McDonald’s since 2002 on their fish-sourcing guidelines and annual sourcing evaluations, and advised Walmart on seafood sustainability since 2004. He served on the Marine Stewardship Council’s (MSC’s) Technical Advisory Board from 2005 to 2008, and worked at Conservation International from 1997 to 2006, where he headed the economics program and then the policy center. Jim studied ecology at Cambridge University and environmental economics, management, and fisheries at Imperial College, London. In 2009, Jim was named Intrafish’s “Person of the Year.” 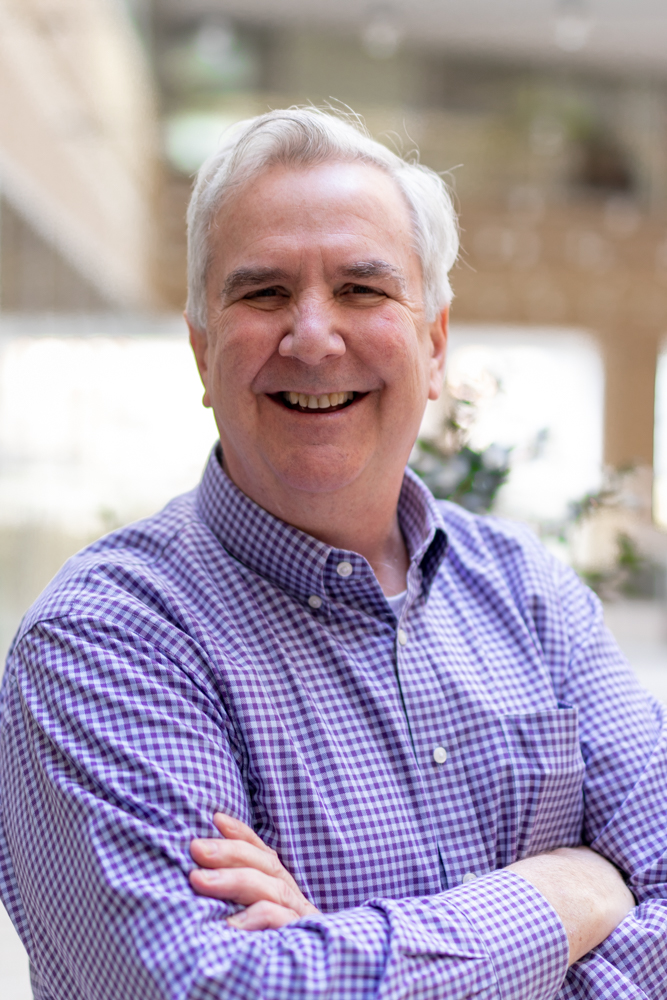 Dirk Forrister is President and CEO of the International Emissions Trading Association (IETA). He previously served as managing director of Natsource, as a senior official with the U.S. Department of Energy and as energy program manager at Environmental Defense Fund. He also served as Chairman of the White House Climate Change Task Force in the Clinton Administration. Dirk, an early contributor to U.S. climate change policy, brings to the Verra Board considerable skills and experience in energy policy and carbon markets.

Andrea Guerrero García studied Forest Science at the University of Florida and has a Master’s in Biology. She worked for the Colombian government for more than ten years, starting at the Ministry of Environment, where she led the country’s climate policy development, and then in the Ministry of Foreign Affairs as Director for Economic, Social and Environmental Multilateral Affairs. She led the Colombian delegation for the Paris Agreement and was a facilitator for one of its chapters.

She then left government work to join Mission 2020 and the UN Secretary General’s climate team and founded the Colombian NGO “Transforma”. She is now a Program Director at Growald Climate Fund.
She has also been a consultant working for USAID, the EU, UN and LEDS GP on climate policy and diplomacy throughout her career. 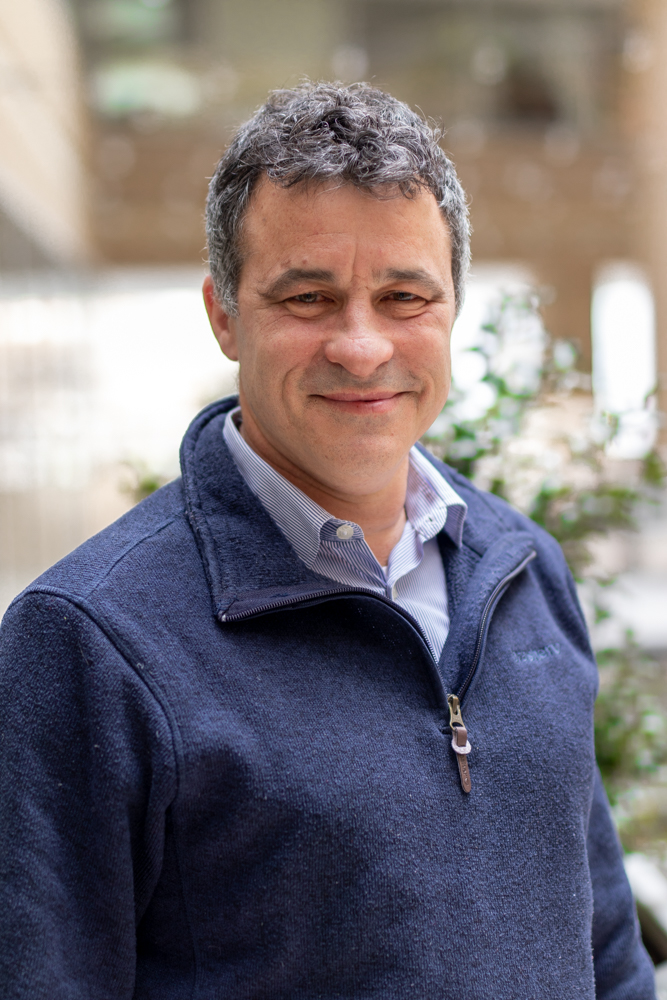 Mark Kenber has spent over two decades working on international climate and energy policy. His most recent role was as CEO of Mongoose Energy, the UK’s largest developer and manager of community-owned renewable energy assets, which he left in June 2018. Before joining Mongoose, Mark was the CEO of international NGO The Climate Group, one of Verra’s founding organizations, where he worked for 12 years. Previously he served as a Senior Policy Officer of WWF’s international climate change program working on emissions trading and international carbon markets, as Planning Director for Fundación Natura in Ecuador, and as Climate Change Advisor to both the Ecuadorian government and former UK Prime Minister Tony Blair. 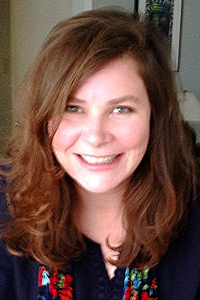 Kelley Kizzier is a fellow at the Bezos Earth Fund. She was formerly the Vice President of Global Climate at the Environmental Defense Fund. She is a renowned expert on European and international climate policy and was the European Union’s (EU) lead markets negotiator in the International Climate Negotiations for 14 years. Prior to joining EDF, Kelley was an independent consultant, and her clients included the Government of Ontario, the Western Climate Initiative, the World Bank, the European Commission, and the Center for Climate and Energy Solutions. From 2010 to 2017, Kelley was part of the European Commission’s Directorate General Clima where she designed and implemented EU policy on international carbon credits; aviation; maritime; land use, land use change and forestry (LULUCF), and non-Emissions Trading System targets. Previously, Kelley was the Senior Manager implementing EU and International Climate Policy EPA in Ireland (2004-2010) and also served as the country’s Focal Point for the Clean Development Mechanism and Joint Implementation respectively. 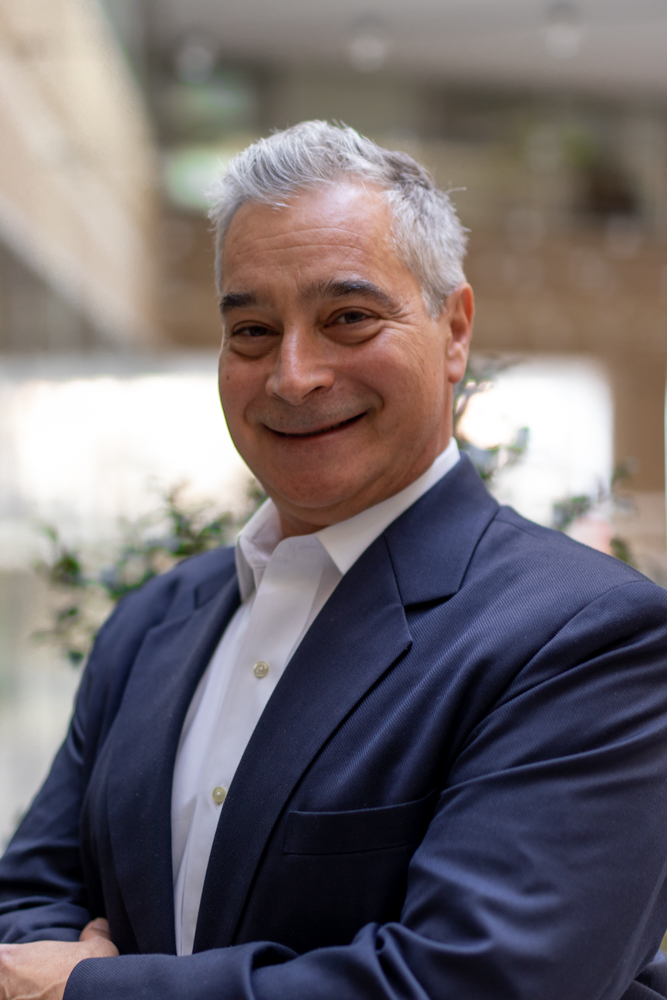 Ken Markowitz is a partner at Akin Gump Strauss Hauer and Feld in Washington, DC, and co-leader of the firm’s global climate change practice. He advises leading public- and private-sector clients on a broad range of environmental and clean energy law, regulation, and policy issues, domestically and internationally. Mr. Markowitz has significant experience with compliance strategies and regulatory approaches to greenhouse gas mitigation and climate resilience, environmental markets, regulatory incentives, and good governance. He formerly served as the Managing Director of the International Network for Environmental Compliance and Enforcement (INECE), the founding co-chair of the American Bar Association’s Clean Tech and Climate Change Committee, an enforcement attorney with the US EPA, and as an adjunct professor at the Washington College of Law at The American University. 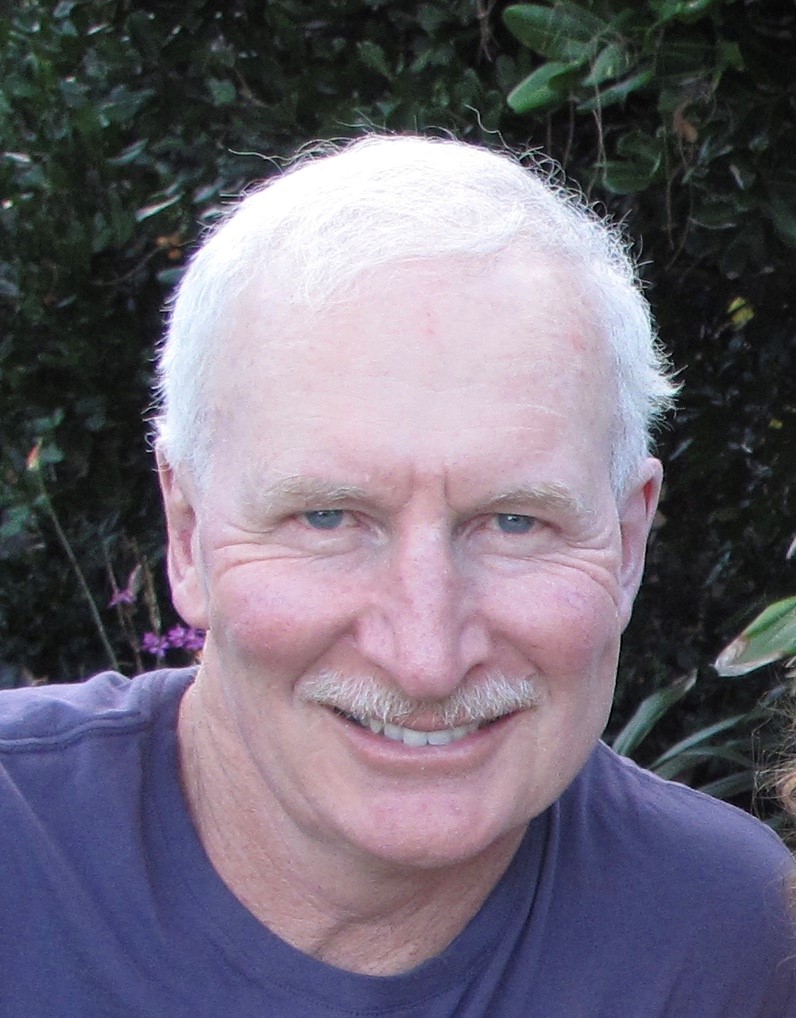 Before co-founding CQC, Dr. Ken Newcombe was Managing Director at Goldman Sachs in the Fixed Income, Currency and Commodities Division in New York; Vice-Chair and Co-manager of Carbon Markets for Climate Change Capital. Before joining the private sector, Ken pioneered the global carbon trade at the World Bank, where he launched and managed eight carbon funds with one billion dollars under management.

He has a doctorate in the epidemiology of the energy/natural resource management health nexus from the John Curtin School of Medical Research, Australian National University and Business Management training from Harvard Business School.

Before coming to the United States, he was CEO of the Papua New Guinea Power Utility and Founding Head of Energy Planning for PNG. As an intrapreneur in the World Bank, Ken led the World Banks pilot phase of the Global Environment Facility which established the basis for one billion a year permanent GEF to support the incremental costs of aligning investment decisions with externalities of global environmental change and pioneered the investment portfolio of the Multilateral Fund of the Montreal Protocol to phase our ozone-depleting substances. He established the Forest Market Transformation Initiative which led to the launch of the leading NGO Forest Trends and its Ecosystem Marketplace and the successful Global Alliance for Forest Conservation and Sustainable use with the World Wildlife Fund. 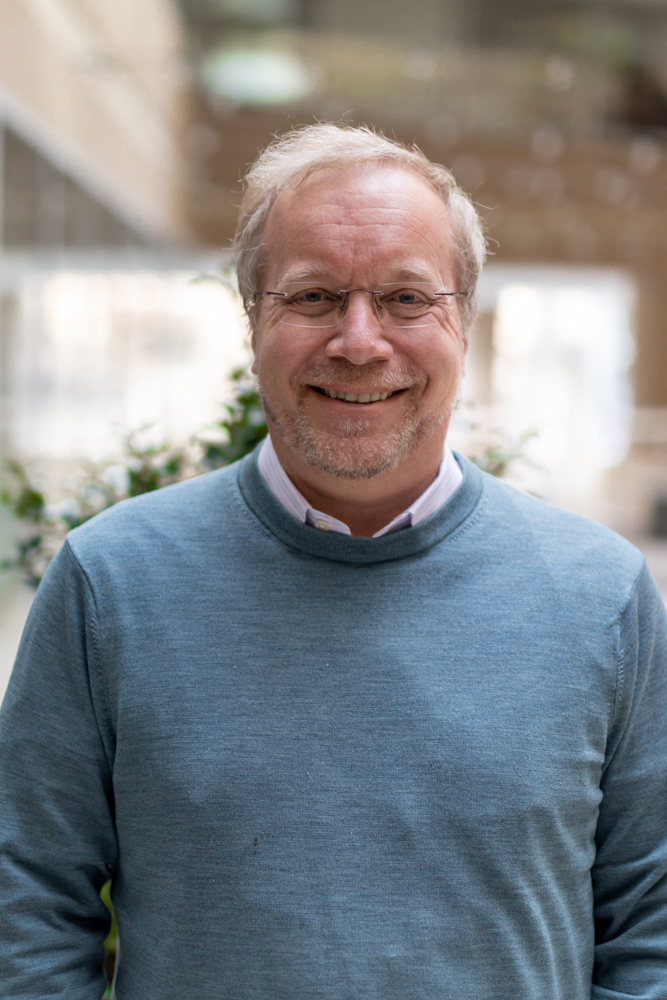 Marc Stuart is founding managing director of Allotrope Partners and an original co-founder of EcoSecurities, one of the world’s largest developers of GHG reduction and removal projects. Marc brings to the board significant business development expertise and an in-depth technical understanding of the complexities of project development and the need for simplified and transparent procedures to enable large-scale investment.