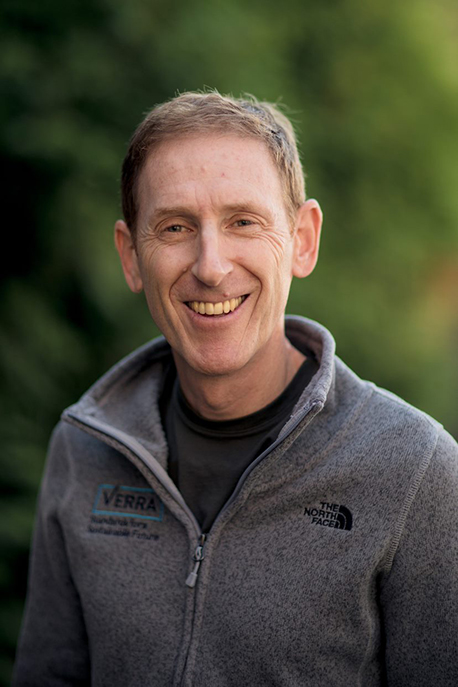 Jerry joined Verra in 2008. He played a lead role in establishing the VCS Program and building the Program Management Team to operationalize processes for managing project reviews, accreditation systems, and methodology development. Jerry also developed guidance for standardized baselines and additionality, and ozone-depleting substances. Jerry led Verra’s engagement with the Initiative for Climate Action Transparency (ICAT), to develop a series of assessment guides for measuring the greenhouse gas and sustainable development impacts of climate policies.

In 2018, Jerry took a break for a world bicycle tour, after which he worked for the Greenhouse Gas Management Institute. There, he worked on several capacity-building projects to support countries in implementing the Paris Agreement’s enhanced transparency framework. He also served as technical lead on a number of carbon market advisory projects.

Jerry has worked on climate issues for more than 15 years and holds a Master’s degree in Environmental Technology from Imperial College London. He lives in Seattle, where he gets into the mountains for weekend adventures as often as he can.