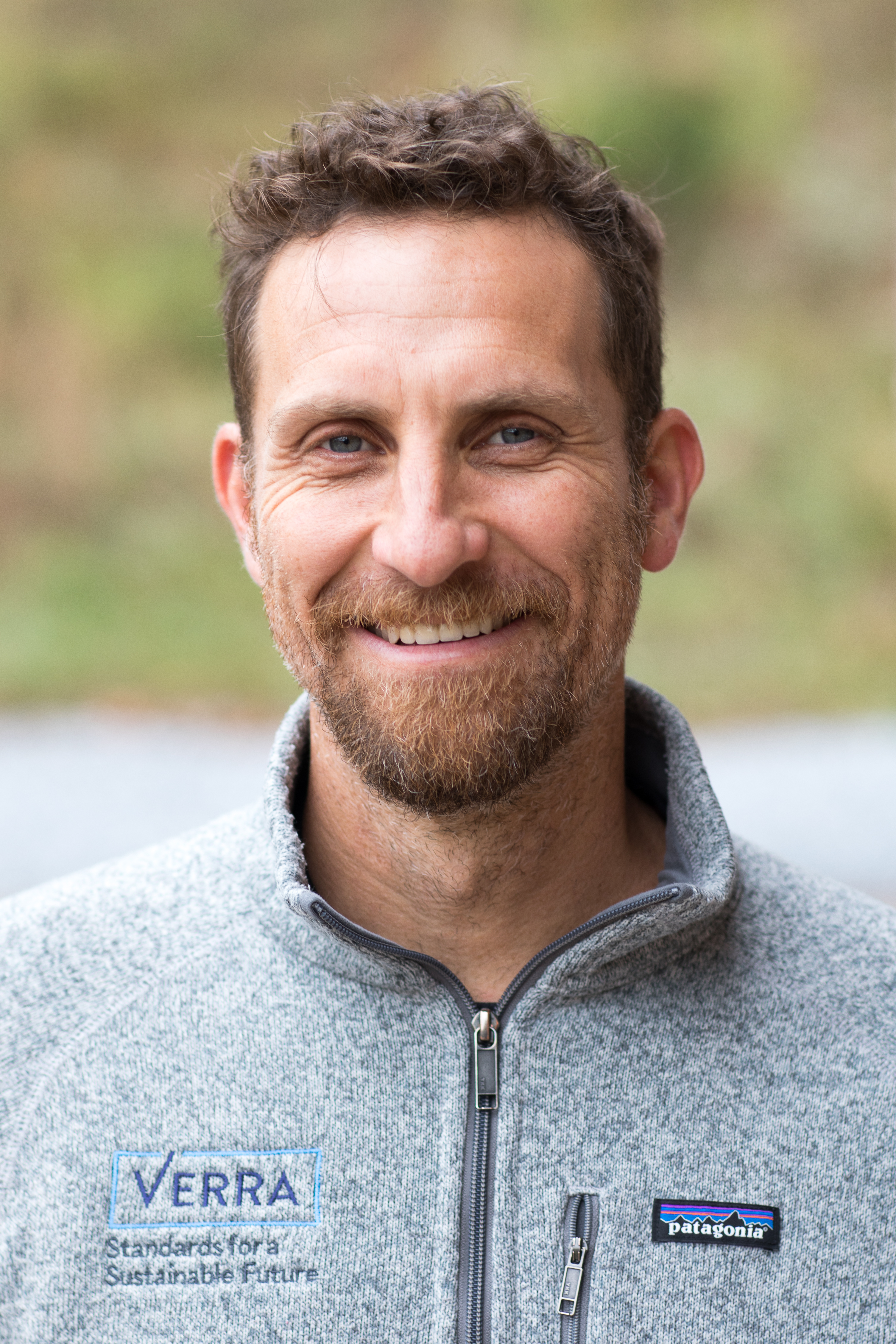 Dave is the Senior Manager of the LandScale initiative at Verra. In this role, he is responsible for overseeing the development and launch of the LS, leading Verra’s cooperation with Rainforest Alliance, the Climate, Community & Biodiversity Alliance (CCBA), and other partners, as well as managing Verra’s LS staff and grants.

Prior to joining Verra, Dave served in various roles for over a decade at EcoLogic Development Fund, a Boston-based NGO focused on empowering communities to conserve critical ecosystems in Mexico and Central America. His final role at EcoLogic was as Director of Strategy and Impact, in which he worked with teams to shift from local project planning to landscape-level conservation partnerships and adaptive management. Before working in international development and conservation, he started his career as a secondary school teacher in Cali, Colombia, in the late 90’s. The promise and challenge of Colombia at that time inspired him to pursue a career in sustainable development, and he remains dedicated to the country in numerous ways, including founding the Colomb¡a R¡s¡ng Project. Ultimately, he hopes to help ensure that sustainable management of Colombia’s natural wealth figures prominently in its post-conflict recovery and efforts to pilot innovative approaches to achieve the Sustainable Development Goals (SDGs).

Dave earned a Master’s in Public Policy from Harvard University’s Kennedy School – during which time he was awarded a Switzer Environmental Fellowship. He also has a Bachelor’s degree in English and teaching certificate from Dartmouth College, and a certificate in Outdoor Leadership from Greenfield Community College.  After living in Boston for fifteen years, he and his family (wife, two children, and two dogs) fled to warmer Austin, Texas in 2016. Dave co-founded the Austin Network for International Impact Professionals and enjoys exploring the many trails, spring-fed waterways, food trucks, music, and cultural richness the area has to offer.

Any cookies that may not be particularly necessary for the website to function and is used specifically to collect user personal data via analytics, ads, other embedded contents are termed as non-necessary cookies. It is mandatory to procure user consent prior to running these cookies on your website.